Difference between revisions of "About us" 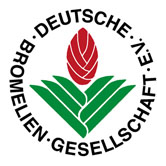 What is the DBG ?

The purposes of this society are to promote and maintain public and scientific interest in the research, development, preservation, and distribution of bromeliads, both natural and hybrid, throughout the world.

The DBG was founded by a group of bromeliad enthusiasts in Frankfurt am Main. Under the guidance of Dr. Gustav Schoser, director of the Frankfurter Palmengarten at that time, assembled the leading scientists, cultivators and collectors in order to create a platform for this plant species and to make it known to general public. The aims framed back then - wich were exchange of experience concerning cultivation, participation in exhibitions, regular meetings, maintaining contact in between the mebmers, promotion and publication of scientific papers - are the same till this day.

What do we offer ?

If we were able to arouse your interest and you would like to become a member, please find more details here.